Huh. This is strange. We came in this morning to find this memo from Bob. 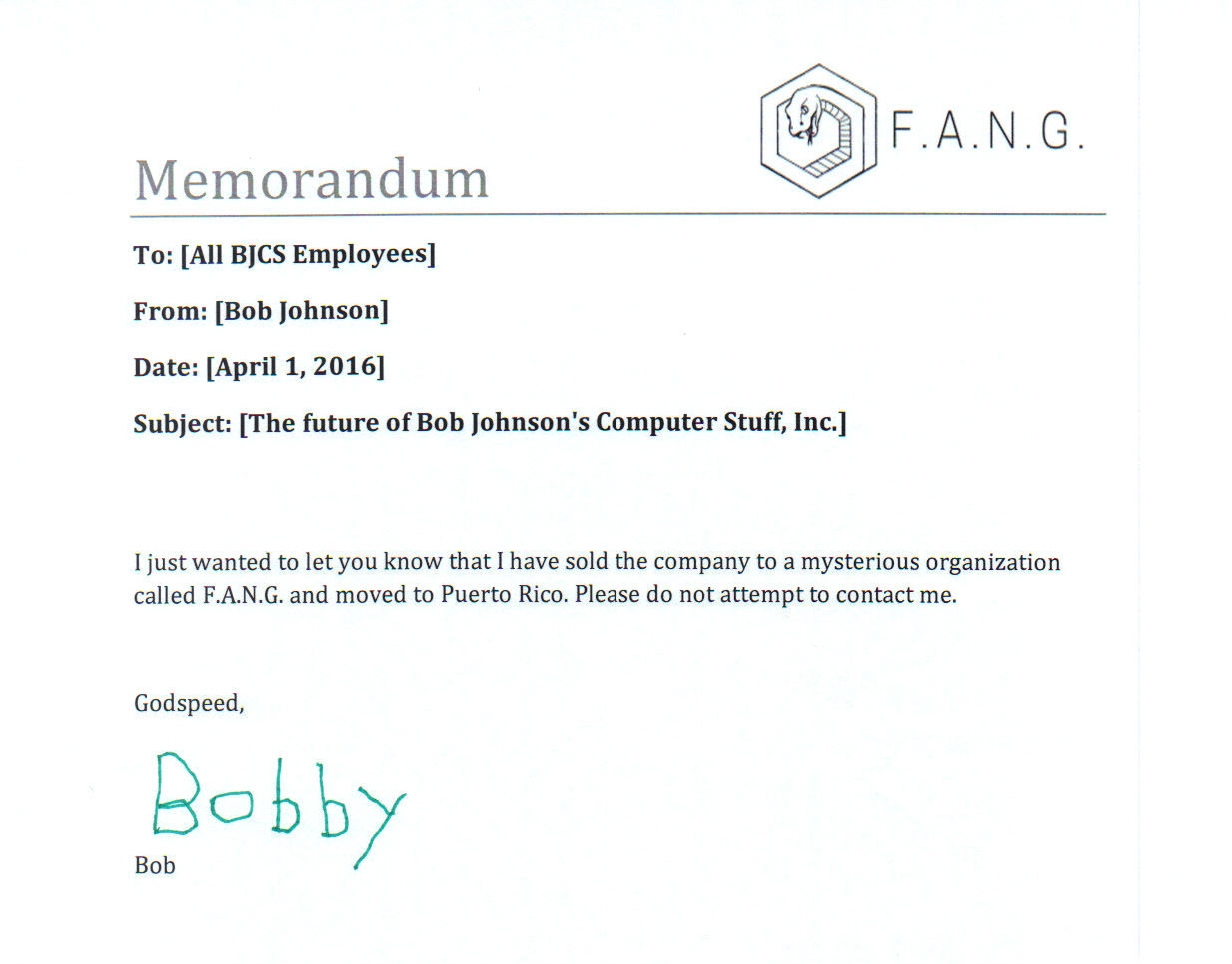 We'll be providing more info here as it comes in.

Update - 9:58 AM: A limousine with dark tinted windows rolled up and flashed its lights. One of our employees cautiously approached the vehicle. The rear window cracked just enough for a gloved hand to emerge. The mysterious passenger handed our employee an envelope bearing the F.A.N.G. seal and the limo sped off. Inside the envelope was a note. It read:

Update - 11:01 AM: A falcon swooped into our warehouse through an open window and placed another envelope on Ed's desk:

NEW COMPANY POLICY
Birds are no longer permitted in the warehouse.
- F.A.N.G.

Update - 1:41 PM: Left my desk to get a cup of coffee from the kitchen. I was gone for maybe 30 seconds, tops. When I came back, another envelope was waiting for me on my desk. No one in the office saw anyone come or go. The note read:

NEW COMPANY POLICY
Toughbook DVD drives must henceforth be tested with a copy of "Garfield: A Tail of Two Kitties" and shall not be tested with any other film.
- F.A.N.G.

Update - 3:02 PM: Out of nowhere, all the lights in the office shut off. I went to check the breaker in the utility room—which was locked, by the way, and I have the only key—and inside, taped to the wall was another envelope. As soon as I removed the envelope from the wall, all the lights turned back on by themselves. I opened the envelope to find this:

Look at this beautiful cat.
F.A.N.G. commands it. 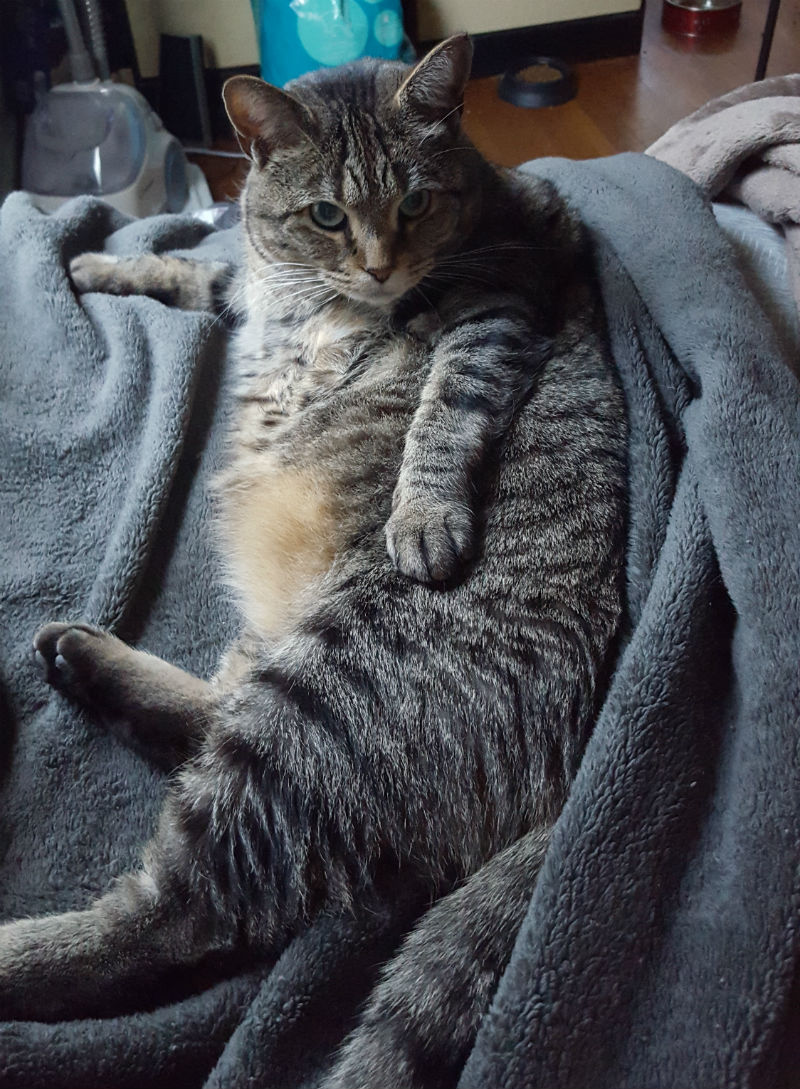 Update - 4:14 PM: Out of nowhere, the office printer started coughing and sputtering. After a few minutes of this, it spit out a sealed envelope. Inside was the following note:

NEW COMPANY POLICY
Do not, under any circumstances, fraternize with the Alliance Force
- F.A.N.G.

Update - 4:55 PM: A sparrow flew into the warehouse and perched on my computer monitor. He opened up his beak and spoke in a thunderous baritone: "I come bearing news," he said.

"Get outta here!" I responded, "No birds allowed in the warehouse!"

"I have come to save you," he continued, undeterred, "to free you from F.A.N.G."

"The Alliance Force compels me!"

The conversation went back and forth like that for a while. It's not important. Anyway, all of a sudden the sparrow started shouting it what sounded like some kind of fake language from an H.P. Lovecraft book. A tornado formed inside the warehouse, spun around for a couple minutes then died out. (The Toughbooks are okay; they're built for that kind of thing.)

All the dust settled and it got really quiet. Everyone was kind of stunned. Then the sparrow blurted out "F.A.N.G. has been extinguished" and just sat there looking at me like I was supposed to thank him or something. After a few awkward seconds, he flew away.

So today was kind of weird.

A: From what we can tell, it is some kind of international conglomerate. They are very secretive.

Q: Are they associated with the Illuminati?

Q: This is all an April Fools' Day joke, right?

A: Bob is in Puerto Rico but he'll be back on Tuesday.

Q: Does he know you're doing this?

A: Don't worry about it.