What does “semi-rugged” mean?

If you need a concrete definition, you may be disappointed. “Semi-rugged” is a relative term. Its meaning varies depending on the manufacturer, so, for example, a semi-rugged Dell might not be comparable to a semi-rugged Getac laptop. Regarding Panasonic Toughbook laptops, “semi-rugged” means that it’s one tier sturdier than business-rugged and one tier below fully-rugged. Semi-rugged Toughbooks still undergo extensive testing and meet some of the same military standards as their fully-rugged counterparts, but they are not built to handle the same environmental extremes.

Fully-rugged models are tailored for work-related functions in taxing conditions. This specificity of purpose places them in a class all their own. Semi-rugged Toughbooks, on the other hand, are designed more for general use and everyday wear and tear. Because of their lower manufacturing and material costs compared to fully-rugged laptops, semi-rugged laptops typically save you money and pack more processing power. This makes them a great alternative to conventional laptops for those who need something sturdy for general use and working on the move.

With design that balances durablility and power, semi-rugged Toughbooks resemble consumer laptops, but are far more rugged than anything you'll find in a big-box store. 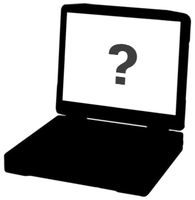 Answer a few questions for us and we'll set you up with the perfect Toughbook solution.